Are Jews really chosen? Or are all religions really the same?

I watched a captivating little video clip today about a man who has tried out six different religions – a few varieties of Christianity, two types of Islam, Hinduism, and currently Judaism.

It doesn’t matter. All religions are the same.

You can imagine how people of each religion might respond to this. After all, the whole point about being in your religion – for many people, at least –  is that you consider it special. How many wars have been fought because people of a certain religion felt the need to prove to the world that theirs is the best, most correct, or only authentic religion? Too many to count. People around the world have, for centuries or millennia, dedicated their lives to the idea that their religion is the True Word of God.

Judaism does this, too. I realize that many Jews will take deep offense at what I am writing here, the notion that Judaism promotes its own specialness no differently than every other religion.

I can hear the shouting already.

How can you say that? How can you put us in the same category as Islam? As Christianity? What kind of blasphemy is that? Jews really ARE different!

Yes, we have been telling ourselves that for a long time. Some of our most important moments are swathed in language that says we are chosen and special. 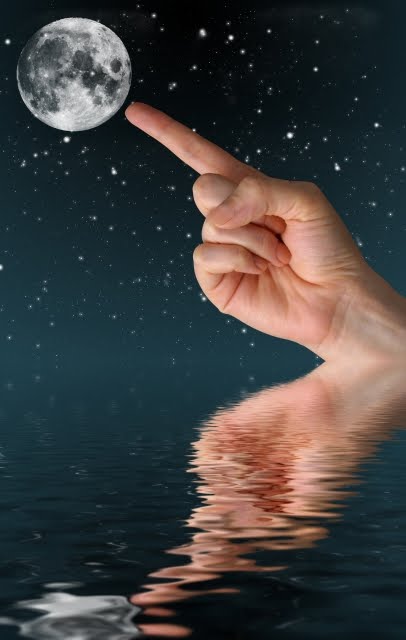 We have ingrained this notion that our religion is special, unique, or better than everyone else’s inside our collective memory and consciousness.

So along comes this curious and courageous guy and says something that, to be honest, I have been thinking for a long time. All the religions are the same. We all like to think we are unique, but we are all basically doing the same thing.

And what is it that people in all the different religions are all doing?

He gives an analogy of fingers pointing to the moon that comes from Buddhism: It is as if we are all pointing our fingers, looking for the moon, and instead of finding the moon, we are all obsessed with our own fingers.

He doesn’t say what “the moon” is in the analogy, but I have some thoughts about it. We are looking for spirituality, purpose, meaning, the God within, the reason why we are here, the way we are all connected, the larger spirit beyond our little lives, collective consciousness, our Divine sparks. We are all divine beings and we are trying to hear that divine voice within our minds. We are all looking for this, and religion often brings us closer to that.

Of course, organized religion also does a lot of other things. Creates wars. Exacerbates conflict. Plays with our minds. Sometimes engages in some serious mind control and other abuses. Creates artificial social hierarchies. Claims to know what God is saying. Sometimes uses these claims to enslave or hurt people. Or, you know, kills people. Lots of people. There has been a lot of that in our human history.

Organized religion has done some really bad things over time.  It’s quite incredible to me, just observing my own decisions, that I have decided to stay in religion at all. I know what “my” religion does to women, especially women like me who dare to think for themselves. It’s not a pretty sight.

And yet, here I am. I am diving deeper into the religion. Instead of walking away altogether – which is so very tempting – I’m engaging. I’m looking for modes of religious expression that can be embracing and loving, that are based on compassion.

Despite everything I know about religion, I am hanging on to the belief that on its purer level, religions reflect our very human search for a meaningful life. The way Professor Karen Armstrong writes, that all religions on the most basic level are about compassion. That is what this 6-religion guy is saying. That is what I am saying. All the religions are fundamentally the same. They are all about the desire to live a life based on compassion and connection. The oneness of humanity rooted in the divine spirit.

The moon-and-fingers imagery is captivating. But I have a different analogy in my head. This is what I think (consider it my creation-story midrash):

I think that a long time ago, around the time that human beings came into the world, we had some knowledge about where we came from, about what God is, about what our spirits look and sound like. Whether you want to call this knowledge God-given, or whether it was just a quieter, simple time when people were able to hear the voice of their inner consciousness, I don’t know. It doesn’t matter. All humans ultimately come from the same place, whatever that is, and the knowledge about what it means to be a human is the same. Our souls are all made of the same stuff, then and now. And when we started, we knew what we were about. We were created with an internal instruction booklet. We knew why we were here. We had the knowledge.

Then, I think there came a time, as humanity spread and grew and moved, that people realized how special this knowledge is. It is hard to see sometimes. It is not immediately visible, like our physical bodies. It takes a certain kind of sensitivity and awareness, and some practices, to touch that knowledge and hang on to it. So people started to find ways to keep that knowledge safe. They put it into treasure boxes. Each group of people created its own treasure boxes for this knowledge – temples, sanctuaries, altars, scriptures. And each group created rules for how to preserve the sanctity of this knowledge. Rituals, rules, guardians, hierarchies, laws, texts, music, ways to keep certain people in and certain people out.

Over time, these rules and structures grew and grew, so that at a certain point we could only see the rules themselves and barely paid attention to what was inside the treasure boxes. All we knew was that there was a treasure somewhere, but we didn’t know what it was. It became too sacred, too cut off, too scary, too revered. So we stopped really owning the knowledge. We became groups of people with lots of rules and rituals and structures and hierarchies – and lots of fears, and lots of language about specialness and distinctness. But we lost the connection to the knowledge. We forgot how to know why we are here and what it means to be human. 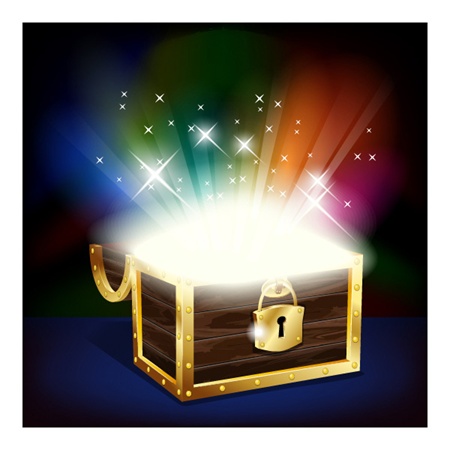 But today, well, things are changing back. Today, as all knowledge is opening up and technologies are enabling ideas to spread and people can travel and learn and speak to each other easily, we are finally starting to be able to break through all the excess rules and get to the heart of the matter. The notion that there is a universal spirituality is becoming clearer. The understanding that we are all humans – no matter what gender, race, ethnicity, body type or abilities we have – we are all made of the same stardust. And now, there are people who study or go through different religious experiences and find the unifying patterns and ideas in all of them. Comparisons between Buddhism, Hinduism and Judaism, for example, show that many of the ancient ideas about meditation and spirit are very similar. There is so much to be said comparing these different spiritual systems – the sephirot versus the chakras, for example; 72,000 nadis and 72 Names of God; auras, koshas, and neshamot – it is fascinating! All these religious systems, at their core, are looking for ways to connect with our spiritual selves. We are all trying to hear God speak to us from within.

And actually, what I really think is this: We are all looking for love. We are looking for the place within ourselves where the love is pure. We go inward seeking permission to live from a place of love. Religion can sometimes mask that desire. All those guardings and rules and hierarchies can block us from the most basic spiritual quest we have. Which is to find the God within, the one that is all Love.

This is what I’m searching for at HUC rabbinical school. I am looking for a place where we are able to cut through the artificial layers of power and control and find the original treasure box, the one that contains the knowledge about our inner divinity, about what our spirits are made of, about how to live a life based on pure love and compassion.

At this stage in my journey, I am not actually convinced that my path to find this must be via Judaism. I actually agree with the guy of the six religions that all paths can lead to the same place. But this is how God created me in this life. God put me in this tribe, in this clan, in this historical lineage. These are the tools I have in this lifetime, and some of those tools are beautiful. I am happy to use the tools of this heritage on this quest. But I do not think that there is a such thing as a “Jewish soul”, any more than I think that there is a such thing as a “female soul”. We are all made of the same stuff. But we need culture to walk through this life. And Judaism, in this life, is one of my main cultures. So I’m here. I’m using it. Happy to be in a place that enables me, a woman, to be a full member of the tribe, and embrace this completely.

Would love to hear your thoughts.